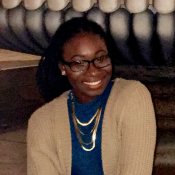 Pancreatic Ductal Adenocarcinoma (PDAC) is the most common kind of pancreatic cancer and is also the most difficult to treat. 80% of newly diagnosed patients have tumors that cannot be removed which is highly correlated to late detection of malignance [1]. In recent years, what was once thought as just cellular debris, exosomes or extracellular vesicles (EVs) are now in the spotlight because of their role in cell signaling and connection to their parent cell especially in regards to cancer [2]. EVs hold potential to be the gateway to navigating biomarkers and aid the diagnosis and prognosis of the progression of pancreatic cancer. Tumor derived extracellular vesicles(tEVs) have characteristics of the original tumor, which include nucleic acids, proteins, enzymes and lipids. The Nano-plasmonic exosome (nPLEX) assay technology profiles EVs without a label which has taken surface plasmon resonance (SPR) to a new level. In this project, the nPLEX is being used to analyze tEVs of PDAC patients. The nPLEX is composed of two major parts. The chip is engineered with nanohole arrays made in a thin gold film which are coated with five antibodies linked to PDAC. The nPLEX measures refractive index changes from light transmission through the nanoholes of the chips. It measures the shift in wavelength of transmitted light when tEVs are captured on the nanohole surface of the gold [2]. With the specificity of the chip and its affinity for certain biomarkers, the nPLEX was able to identify the protein contents of the tEVs being secreted by the tumor [3]. The goal of the project is to apply the nPLEX technology to detect and analyze tEVs in plasma samples of patients with PDAC. The complexity and difficult identification of pancreatic cancer is a continued hurdle for novel technologies such as these. But this does bring a fresh new alternative, faster and less invasive than a biopsy and allows for EVs to be used as a tool for cancer diagnosis and monitoring treatment response. 1. Castro, C. M., Im, H., Le, C., Lee, H., Weissleder, R., & Birrer, M. J. (2015). Exploring alternative ovarian cancer biomarkers using innovative nanotechnology strategies. Cancer Metastasis Reviews, 34(1), 75–82. http://doi.org/10.1007/s10555-014-9546-9 2. Im, H., Shao, H., Park, Y. I., Peterson, V. M., Castro, C. M., Weissleder, R., & Lee, H. (2014). Label-free detection and molecular profiling of exosomes with a nano-plasmonic sensor. Nature Biotechnology, 32(5), 490–495. http://doi.org/10.1038/nbt.2886 3. K. S. Yang, H. Im, S. Hong, I. Pergolini, A. F. del Castillo, R. Wang, S. Clardy, C.-H. Huang, C. Pille, S. Ferrone, R. Yang, C. M. Castro, H. Lee, C. F. del Castillo, R. Weissleder, Multiparametric plasma EV profiling facilitates diagnosis of pancreatic malignancy. Sci. Transl. Med. 9, eaal3226 (2017).